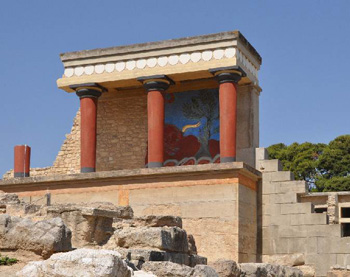 The Minoan Palace of KNOSSOS is the most popular archaeological site of Crete that attracts thousands of visitors all year round. It is located 23 kilometres southwest of Hersonisos and 8 kilometres southwest of Heraklion. Knossos was the most important administrative, religious and political hub of the Minoan civilization, which flourished in Crete during the Bronze Age. The palace extends over an area of 24.000 m2 and it is inferred that it consisted of 1.3000 rooms, while its walls were decorated with colourful frescoes, a lot of which have been preserved and are still visible nowadays. KNOSSOS is also known for the legend of Minotaur. Minotaur, who was half human, half bull, was a prisoner of king Minos in the labyrinth that had been built by the craftsman Daedalus.

The Minoan Palace of FESTOS is situated 87 kilometres southwest of Hersonisos. Festos, one of the three towns that King Minos founded, was an important centre of the Minoan civilization and the strongest town in the south part of the island. It was in the last century that the Phaestos Disc was discovered. The Disc, which bears hieroglyphic seals, has not been completely deciphered yet and comprises one of the most important ancient discoveries in Greece.

The Minoan Palace of ZAKROS is situated 146 kilometres east of Hersonisos in the prefecture of Lasithi. Zakros was an important commercial hub in the Minoan times due to its strategic position. Excavations that have been carried out in the area revealed clay tablets with Linear A inscriptions, as well as a labyrinth similar to the ones in Knossos and Festos. 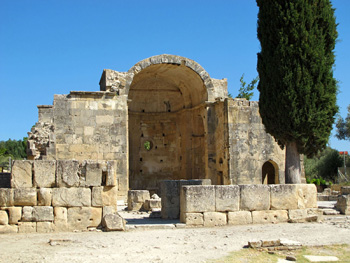 The archaeological site of Gortys is situated 72 kilometres southwest of Hersonisos. The town of Gortys developed significantly during the Minoan era and was also the capital of the island during Roman times. Excavations in the area revealed ruins of the Roman theatre, temples of ancient Greek and Egyptian gods, coins and other finds. Visitors can see the inscriptions of the Gortys Code that comprises the oldest and fullest form of the ancient Greek law. According to the Greek mythology, Zeus abducted princess Europe and had an affair with her under a platanus (plane tree), which is still in Gortys.

The archaeological site of Malia is situated 7 kilometres east of Hersonisos, near the popular tourist resort. The visitors can see the ruins of the Minoan palace and of a Roman settlement. A lot of significant finds have been discovered on the site, such as a big stone kernos (table), a marble sarcophagus (coffin) and elaborate golden jewellery. 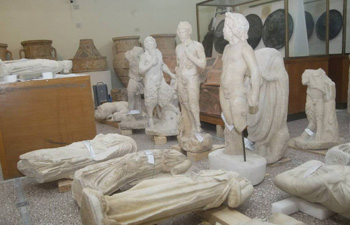 The Archaeological Museum of Heraklion is one of the biggest museums in Greece and of the most significant in Europe. It is considered the most notable museum of the Minoan civilization and its collections include a lot of the masterpieces of the Minoan art, such as clay pots and vases, engraved and metal items and sculpted artifacts that were discovered during excavations on Minoan civilization sites in mainland and eastern part of Crete. It houses representative artifacts from all the periods of Cretan prehistory and history.

The Museum of Religious Art  is where visitors can find a representative collection of artifacts from the Byzantine and post-Byzantine Cretan art, such as icons, manuscripts, pots and paintings. It is housed in the church of St. Aikaterini of Sinai in Heraklion, which was an important cultural centre of the island during the Venetian occupation (13th – 17th century A.D.). 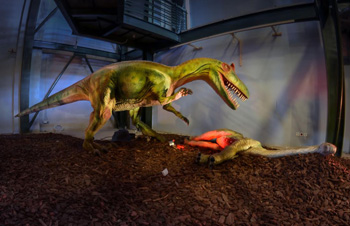 “NIKOS KAZANTZAKIS” Museum  is located 40 kilometres south of Hersonisos and is dedicated to the great Cretan writer, intellectual and philosopher.

The Museum of Traditional life and Folk culture “Lychnostatis” is situated about 3 kilometres east of Hersonisos and is ideal for visitors who wish to acquaint themselves with the Cretan tradition and cultural heritage.

CretAquarium is situated 8 kilometres west of Hersonisos on the old national road to Heraklion. The visitors have the chance to admire hundreds of species of living organisms, making an exciting journey to the marine world of the Mediterranean.